Whole Village Energy Makeover Brings Everyone to the Table 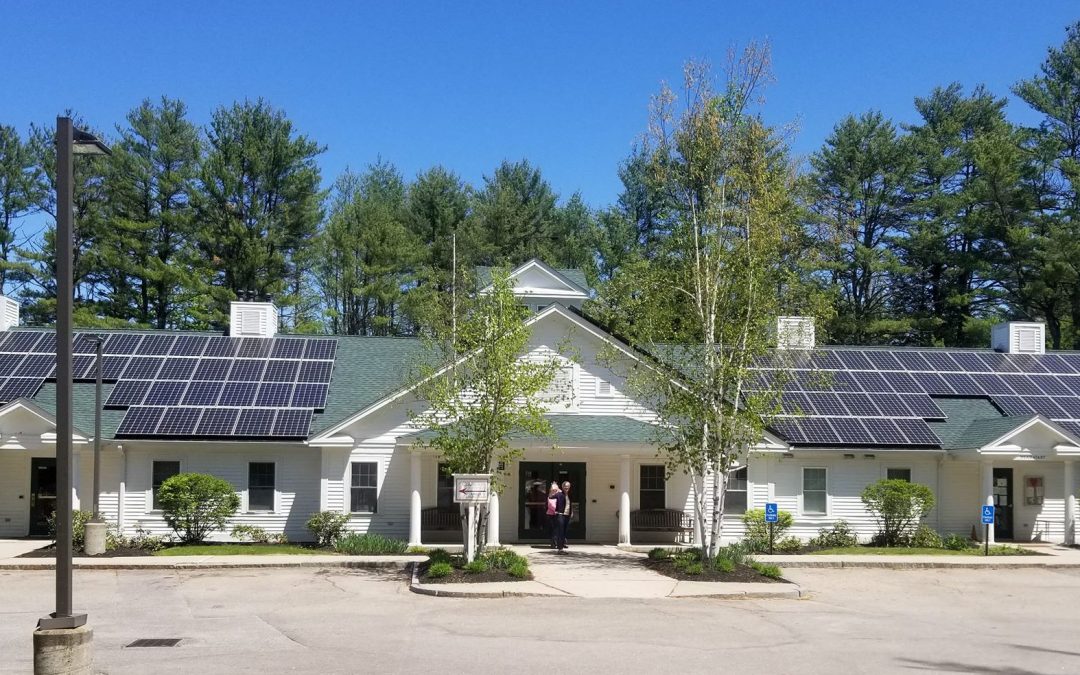 PLYMOUTH, NH – A one-of-a-kind partnership is saving thousands in energy costs and putting food on the table – literally – at a Plymouth area homeless shelter.

Extensive upgrades of the energy infrastructure at Whole Village Family Resource Center and the neighboring Bridge House shelter is projected to save up to $25,000 annually in propane and electricity costs, some of which has already been repurposed to start a nightly family-style meal for Bridge House residents and staff.

“It’s done wonders for the cohesiveness of the group,” said Susan Amburg, Director of the Whole Village Family Resource Center. “You have a different relationship after you’ve sat across the table from someone.”

It’s the culmination of a two-and-a-half year project that involved nearly as many partners as the number of solar panels installed on the roof of the two buildings. Local and state organizations, from the Granite United Way and NH Charitable Foundation to New Hampshire Electric Cooperative (NHEC) and Plymouth Area Renewable Energy Initiative (PAREI), joined forces to identify energy-saving opportunities and create a detailed project schedule. The result has been an overall 80% reduction in annual electricity consumption.

With an efficient building shell and energy systems in place, construction was completed in May 2018 on a new 33 kilowatt (kW) solar photovoltaic (PV) array capable of producing enough power for eight typical homes. The new array on the roof of the Whole Village building joins  a 25 kW solar PV array at the Bridge House which was one of the project’s first undertakings. At Whole Village the combination of the occupant’s energy conservation,  the new energy efficiency upgrades and two month old solar PV array, have resulted in an annual electricity consumption drop from 122,610 kilowatt-hours (kWh) to 47,537kWH in July of 2018.

“And once the solar PV is on line for a year we expect to see their electric load at Whole Village drop to 22,200kWH annually. That’s an 82% drop”, said Sandra Jones. “The directors of both Whole Village and Bridge House came to PAREI asking for ways to reduce their energy and their costs.  We made it happen one meeting, one step and one building at a time.”

The majority of funding for the project came from the generosity of local and statewide businesses who purchased $321,875 in NH tax credits provided by the New Hampshire Community Development Finance Authority (CDFA).

Also taking a lead role in the project was NHEC, which provided technical advice and incentives totaling more than $20,000.

“The amount of staff time the Co-op dedicated to this project was so appreciated,” Amburg said.